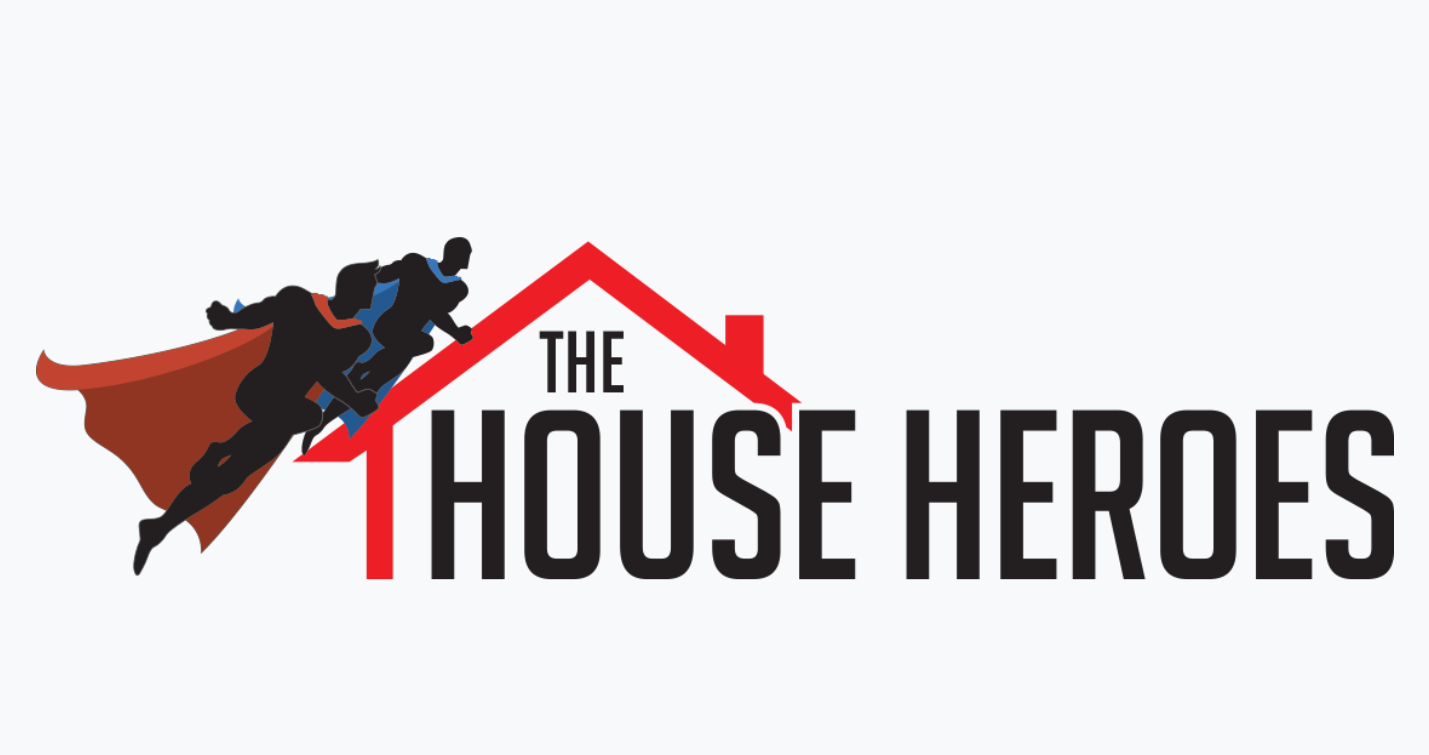 Should You Buy a House NOW After Interest Rates Drop?

Rates continue to fall.  Is this the best time in the last six months to buy?

We have several articles today on real estate daily including; what does Carr California Association Realtors predict for 2023, and then some more inflation news, not so good but there’s a lot of good happening in the housing market right now.

Welcome everybody to real estate daily.  My name is Troy and every day we go over the latest news in housing real estate and the mortgage markets now.  Before we jump in, hit that subscribe button!

Boom Boom Boom!  We’ve seen some crazy times out in the world right now. Crypto is going through it’s volcano explosion because of Sam Bankman-Fried, so banks are now becoming more and more adopting crypto and and embracing it as they might take over, but how will that affect a lot a lot of what’s going on.

Well I might go over that this week but before we do that, what is really affecting rates? It’s the FED!  Let’s jump right into it.  Here is last Friday, close of Last Friday.  Wow did we see a drop now. I told you last Friday that if you’re going out and looking for a home this was the most optimal weekend to go look for that home.  Why?  Because rates had jumped or if you dropped on Thursday and again look at these huge drops on Friday 30-year conforming conventional went down 36 basis points 30-year jumbos went down 30 basis points 22 excuse me 30-year FHA went down 22.

I told you before the end of the year they’d be hitting six and a half now we will or before the end of the month. I should say because we’re gonna see the FED meet again and I think they’re going to go up about 50 to 75 basis points on the first week when they meet, but until then the optimism is in at least right now in the housing market.  Now in the crypto and the stock market, I think we’re gonna see a lot of pessimism come out.  They have their own little you know their other explosion but I think that takes the spotlight off of the housing market and this will continue to see a drop.

Next article. California Association of Realtors housing market report I’m going to go slide right back down and kind of go over this it’s and I’ll just read off of this. It says Carr in his 2023 California housing market forecast report predicts a 7.2 percent drop in existing family home sales in 2023. Now we’ll stop right there at that sentence.

What’s important to know is if it drops  like it dropped this year was it dropping because no one’s buying a home or did we just not see the inventory hit the market now after all the fud and crap that you had to deal with on from the media we realized that we were down as much on home sales as we were down on inventory, so it really didn’t make a big difference.  We didn’t, that’s why we’re not seeing huge drops in in home values.

Next line it will law it will it will fall it will fail to reach 330, 333, 450 homes sold units units unit units down from their projected sales volume of 359. This year which is predicted a 19.2 percent less than the 444 so basically year over year 2021 to 2020, 2021, to 2022, to 2023.  We’re looking at a continued declining well of course because people are we’re in a recession.  Guys let’s wake up, we should see less and with it being in a recession and people are more scared because their inflation is going through the roof.  They can’t spend on crazy things, they don’t have a whole lot of extra money in their bank accounts every month.  So what do they do?  They huddle down, they hold down the fort, they’re not going to move, they’re going to spend less in gas they start trimming the fat out of their budget and that’s what’s happening here.

We’re going to see US homes sold next year than we sold this year and and this year is going to be less than than 2021.  It’s just obvious I don’t know why this is something that they’re they’re making a big deal out of.

Let’s go look at existing homes for sale and also let’s go look at homes that hit the market.  Those are the those are where the real news is at not the news is that oh we’re selling less homes.  Well if there’s one home on the market next year and we sell none is a the world falling apart?  Of course not, it’s just this is just sensationalism that’s going on.  Please give us the real numbers out here because that’s what I want to see next article for then this is again, that uh, if I want to go look at this it is a CNBC article.  It says first time home buyers Focus says first time buyer-focused home builders our best position when the mortgage rates fall.

Guys, I mean mr. obvious, Jesus how stupid are you uh when rates fall?  Do you think people buy more homes?  This is dumb, I I have a focus here and I’ve said this many many times; people buy new homes because they want something new but in reality you’re paying a lot more for a new home than you would a existing home.  Number one, not only are you paying higher, typically more money for that home, but number two, the tax rates are higher on those homes because they have they have melloroos or they have special assessments.  And number three, most of them have HOAs so you’re just compounding this on top of each other and that’s one of the reasons why the homes the new home builders are struggling.  It’s all about profit and loss.   It’s because they cost so much more in the state of California, you have to also get solar.  It’s required and now they’re charging for lot premiums.  Oh!  If it’s elevated, I can see over the house next to me well then I pay an extra 10 to 20 000.  There’s so much going on with these new home builders, I say if you’re out there and you’re looking for a home go look at a resale home, those homes have been broken in a little bit.  You can see what’s happening with them.  Get a home inspection report.  You don’t know what the community was built on. The community’s been around for 10, 20, 30 years.  You know what’s happening in those neighborhoods?  This is important, why do I continue to say this?  Well because guess what home builders are doing right now? Ding, ding, ding, ding!  You guess it, they’re selling to investors and when they sell to investors it hurts the neighborhood because they’re gonna put renters in your neighborhood and they can’t afford or they lose their job at Amazon, 10,000 jobs gone a day Facebook or Meta 11,000 jobs on Friday.  What do they do?  They don’t water their front lawn so they don’t know out of their front lawn what happens it dies and hurts the neighborhood, then they start going oh well I need to make sure I can I can make my rent.  So what do they do? Let me go rent a room out so now you have another person renting in that neighborhood and it brings down the neighborhood.  This is really important to know.

I know when I send, I go out with new home buyers or first time home buyers.  I go over neighborhood conditions that they can identify, that there’s not that many renters in the neighborhood.  We’ll go over that on another show, but that is very very important.

Next article and last article,  Inflation expectations rebounded in October on record high jump and gas Outlook New York fed survey shows well we all know that what happened going up to the elections that are uh El Presidente came up and he used the the reserves all the rest of the reserves that we had strategic oil reserves to get the price down and now I think we’re pretty much out.  I’ve seen already some oil prices or gas prices in my area go up.  Well let’s go over what oil is used for well.  It’s also used for food, it’s used for fertilizer, it’s used petroleum, with that being said, I am really hoping that with energy you know consumption being going up significantly in the first quarter or in Winter that we don’t see what’s happening currently in Europe where gas prices are now soaring straight up again and where we’re buying gas from the Saudis has really limited the amount of barrels that they’re producing on a daily basis to keep the price up.  We’re gonna figure this out real quick in the next 45 to 60 days by the end of the year, whether we are in a really bad inflation situation which would really hurt the market right now everyone seems to be optimistic.  I’m really excited about home prices and they are stabilizing as well as we’re seeing a drop in interest rates well.

Guys thank you very much for joining us today, I know that I’ve kind of went over a lot of different things, but I’m telling you now if you’re out there looking for a home and you’re looking to buy at this has been the best time in the last six months to do it we have home sellers kind of figuring it out having to lower their prices they weren’t low in their prices six months ago because they kept seeing an up market and you’re seeing you’ll see interest rates go down which can give you the advantage of getting a lower interest rate as well as getting a home well priced than it was going up in the past.  Guys you take care and I will see you tomorrow.

PrevPreviousThe Safest City to Buy a Home In The United States

Get an Offer for my Home now!!!